Happy Friday! I would say I was cutting it short since Mother's day is this Sunday and I just now got these cards done a few days ago. They are done and off to the mail already. They are both using Tree Peony digital that I haven't used in awhile.
My first one I used the scrap of designer paper for my color choices. Added a scallop die cut to the edge and adhered to the base layer. Colored my peony with various Copic markers and cut around to pop up on the base. Then added a few jewels and some sparkle. The tiny arrow was in the die cut scrap bin and fit nicely at the bottom. 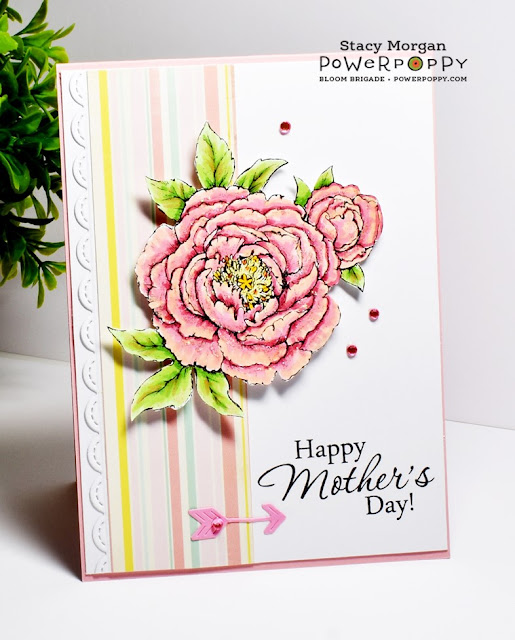 My second creation is inspired by more of the designer paper from Wild Rose pack I found a little bit ago. Colored my peony with various Copic markers and then cut around the edges also for this card. Die cut an oval and sponged some lavendar on before I removed the die. Again another die cut from the scrap bin with some twine threaded through. Sparkle and voila! 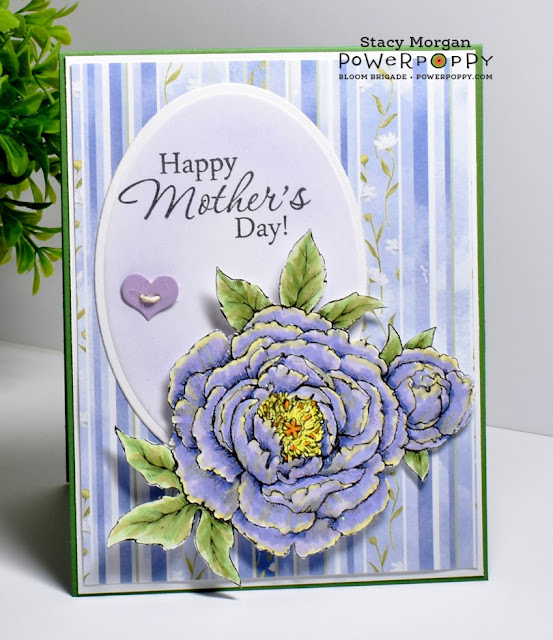 They opened up the forest land yesterday so we are hitting the jeep trails tomorrow. Woot woot! I have a list of cards to create for friend request that I am working later this week. Some oldie but goodie stamps are pulled out for these bad boys.  :-)  I hope you have a wonderful weekend!

Check out the PowerHouse creations:

Stacy, these are such beauties!

I just love these! Awesome job!!!

Both cards are very gorgeous Stacy, the mom's will be very happy with them.
Thank you so much for sharing, stay safe and have a fabulous week.

These two cards just take my breath away, Stacy! Both so utterly gorgeous with your sweet coloring and the pretty papers. Wow!! Oregon is slowly opening up starting today. Maybe we'll be able to get away in the motorhome soon. Yay!