Morning! Did you ever create a set of cards with one sheet of paper? It used to be and it might very well be called One Sheet Wonder. The thought came to me after I stamped Big Sexy Blooms (BTW on sale NOW) onto some card stock and colored the image. I thought I wonder if you could actually use it to create the same effect, so I went about it and tried. 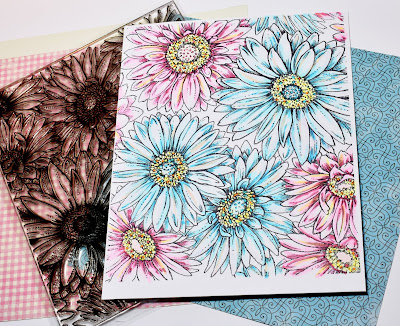 This is the image (not trimmed down on the edges) yet cut into the shapes I figured I could use to create cards with. I like the springy feel these pink and blue hues which was based off the designer papers I choose above. 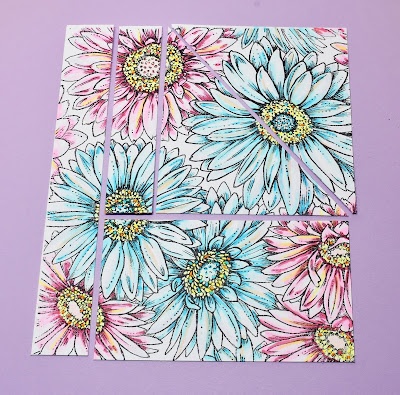 This is card one using the smallest piece I cut in the sheet. My sentiment is from Nice Things to Say stamp set which was my theme for encouraging cards with the set. Added some textures to the layer behind the sentiment circle and a scallop edge along the side. Tied off a button and twine for the last touch. 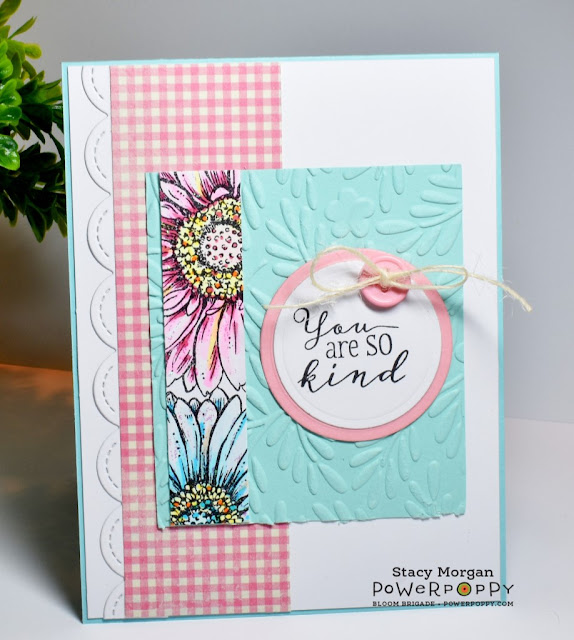 The second card is using the portion of the rectangle of the two that are cut. Added a scallop edge to this one and some swiss dots to the base layer. Not that I did add sparkle to all of the cards flower petals and to some of the sentiments. A square rhinestone to finish this off. 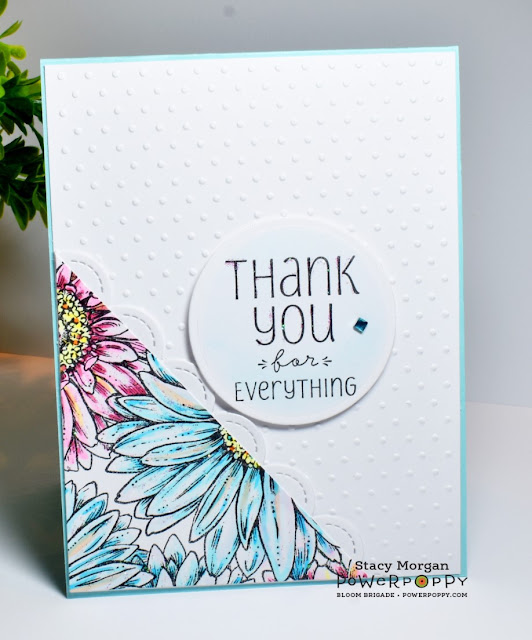 Card three is using the longest strip cut in the sheet along the side panel. Pierced around the edge of the sentiment piece. A few splashes from the set retired Marcella's Mixed tape set with some sparkles and sequins accents. 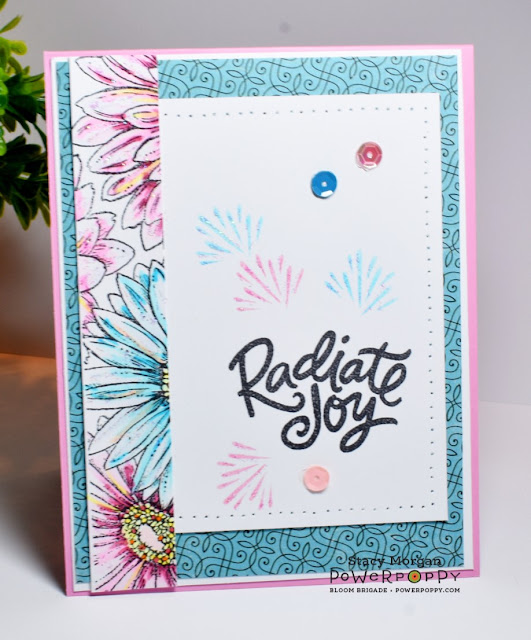 Card four has some designer paper added to the top and bottom of the bigger piece cut. Wrapped twine around the top edge and tied off a button. Stamped the sentiment in the corner top edge. 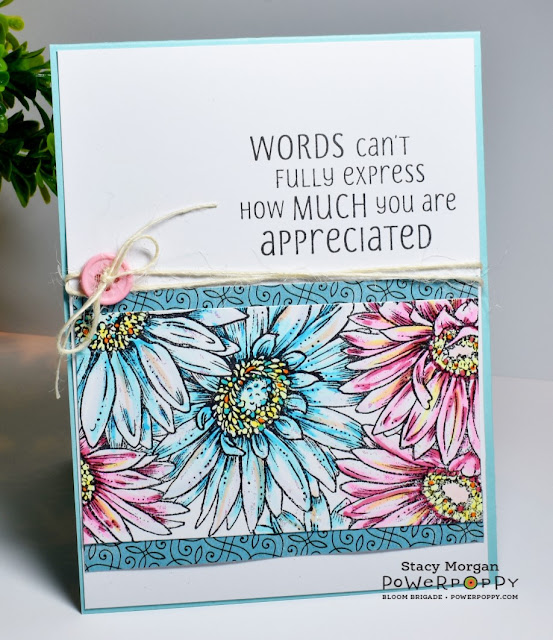 Then the last one is the other rectangle piece two with some designer paper as the base. My sentiment at the top with a button twine combo. 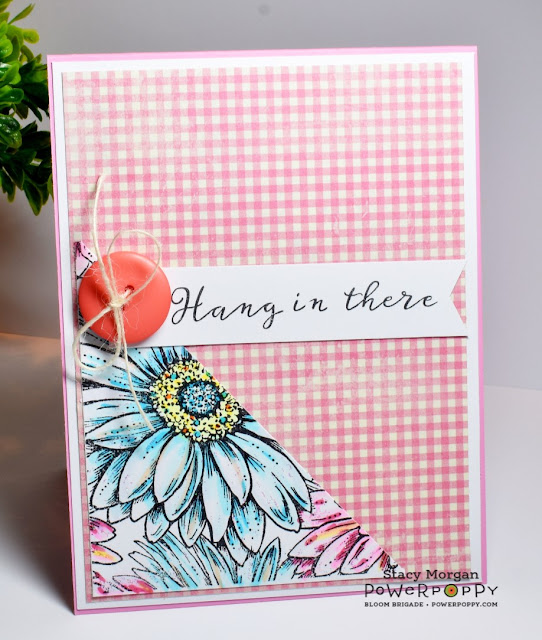 I have to say this turned out super cute for something I wasn't sure was going to work. Now I want to make another set of cards with different colors and different cuts. We will see what I can come up with later as I have a few other cards I need to work on first. Thanks for stopping by!

Oh, wow, Stacy! Brilliant idea and so, so pretty! I love how you colored the blooms, especially the flower centers. Gosh, this is a fabulous line up!

Love your One Sheet Wonder cards Stacy! Each one is so pretty and a very cool use of all the pieces!